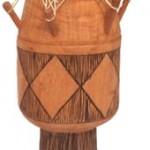 A small oprerenten. A fairly small sonorous drum used as a support drum. And as master drum in adzewa, apoc and kurunku music. Played by hands. Also used in pairs as a talking drum. Also called Ampae. Traditionally skinned with antelope but now cow skin.

Bamboo pipes. Bamboo flutes played with the drums, song and on their own. 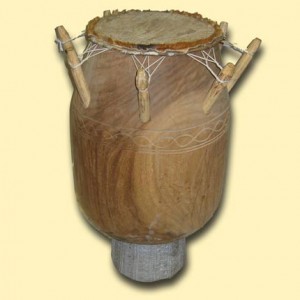 A pair of male, female talking drum. Played by the master drummer in Adowa and as part of the ensemble in Fontonfrom. They were traditionally skinned with elephant ear skin (many years back) and now antelope or cow skin. Played in pairs Male drum to your left and female to your right on a frame that tilts the drums away from you. You play standing behind the drums with two long sticks made from the joint of a branch so that it is in the shape of a 7 . The Atumpan although traditionally Ashanti drums have become very popular and so found in many different settings within other tribes. They are the Ashanti talking drums. Many of the rhythms played are come straight from spoken TWI (Ashanti Language) for example at the beginning of Adowa the lead drum calls the name of the bell before it starts to play. Sold in our Adowa set.

Slit Bell for adowa and kete. 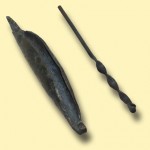 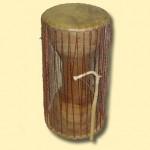 Hour glass drum played by the stick and armpit control technique. This drum is traditionally from the North of Ghana from the Dagomba tribe, and seen in the West as the Talking drum of Africa. But in the Ashanti tribe it has been imported into the music as they just like it as a support drum, adding that extra dimension to their music. 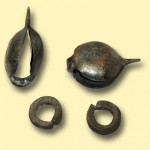 Castanet used mainly in the music of popular bands and in the music of the Apoc ceremony of Northern Ashanti. Also found through out the South of Ghana in the Ewe and Ga tribes. Often heard in markets accompanied by a singer plying their trade. 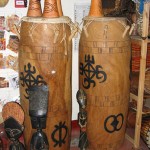 The name of the largest of the Ashanti drums, often five foot high and 2 foot wide. Played in pairs by two players. It is also the name of the largest and most important of all state drum orchestras. Its ensemble includes a pair of Fontomfrom drums, the atumpan talking drums and a number of smaller drums.

A support drum found in the Fontomfrom and Kete ensembles. It is a bottle shaped drum of similar size to the apentema. Played with stick and hand. Sold in our Ket

The Master drum for Kete orchestra. Played with a pair of sticks as the Atumpan sticks from the joint of a branch shaped as a 7 .

Support drum used in Adowa . High pitched and played with two straight sticks. Sold in or Adowa and Kete sets. 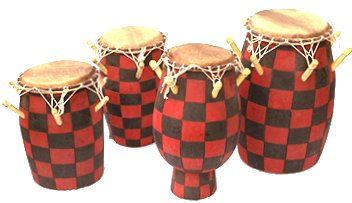 Stick clappers. Used in apirede, and sikyi. Made from wood or Bamboo.

Gourd drum, traditionally from the north of Ghana. Made from a gourd, goat skin and leather rope. 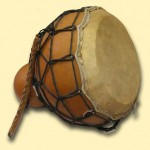 General name of a support drum. Twa mu means: to cross . Hence any drum that crosses the beats of other drums. 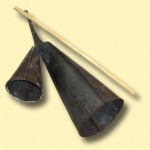 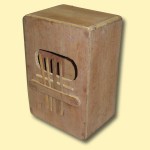 A box Piano with three to five notes made of bamboo or metal. Notes played with fingers. A distant relation of the mbira, but used more as a bass rhythm within drumming, singing ensemble. 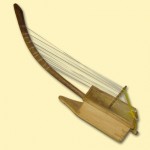 An old Akan harp now replaced in many areas by the western guitar. Making a come back within the last years. Played in a similar way the Senegalese Kora but much smaller and the sound box is made from wood.

Gourd rattle. Made from hollowed out gourd with seeds on the outside tied in a net. 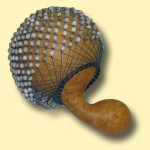