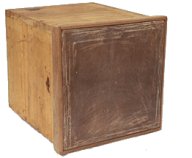 Gome Dance is one of the oldest musical types performed by the coastal Ga of Ghana, which was introduced by Accra fishermen from the Fernando Po Islands in the early eighteenth century. Originally, Gome was performed exclusively by fishermen after their expeditions to celebrate their catch. Other occupational groups, especially artisans, also eventually adopted this music and dance as a form of entertainment. Presently, Gome is performed by all categories of people– young and old, male and female, on all social occasions

Be the first to review “Gome” Cancel reply